The Bilbao peninsula of Zorrozaure had to be one of the greatest moments of my study visit. This large wasteland is full of symbolical elements. Walking there, along the Ria and amid the ruins, is like returning to the past, at a time when manufactures and factories were king, leading the city’s economic and social development. Today, Zorrozaure looks more like a cemetery of industrial infrastructures where most of the activity has left. The nature, curiously, is regenerating itself giving rise to an extraordinary transformation force and remodelling of urban spaces and landscapes. The abandoned streets bring about a strange atmosphere of chaos, though full of an intangible energy.

Still, Zorrozaure is not completely dead. Something strange has been happening over there. Life is still going on, mostly in the North of the peninsula close to the heart of the city. You can easily see people cycling or running along the peninsula, evidence that an irrepressible power of vitality continues to pervade the area.

A rough urban rupture is discernible in the landscape between the peninsula and the rest of the city recently transformed. But it seems that progressively this difference is fading away, as though forgotten by the local people seeking to reclaim their land. Zorrozaure has turned out to be maybe one, if not, the most spiritual places of Bilbao. And there is probably a reason for that. The future of the long coming new transformation of the city might happen there.

The old buildings, symbol of a past prosperity, seem to date back to the beginning of the former century. Like exquisite wines, they have matured over time and gained an indefinable imposing bearing. Though most of the urban land and industrial base seems destroyed, calls for creativity and artistic expressions seem everywhere. Like rain soaking in the land, street painting has invaded the walls and the facades of wreck buildings.

The spectacle of Zorrozaure raises the issue of the future of Bilbao. More generally, it addresses the challenges of any city involved in a major regeneration process : how can we keep the depth and strength of such a place ? How can we make this extraordinary forcefulness of creativity the key engine for an innovative form of urban development ? How can we bring back life to these wastelands without threatening the urban heritage ? Zorrozaurre is undeniably propitious for an artistic and cultural urban life. The half-damaged and brightly coloured edifices located along the bank seem truly characteristic of artist neighbourhoods just before a gentrification process. Zorrozaurre land of desolation is today more than ever a land of hope.It remains to be seen how, in the near future, town-planning and architectural decisions will be made in respect of the preservation of Zorrozaurre’s soul.

Zorrozaurre sometimes referred to, as Zorrotzaurre, is a peninsula in the Deusto district of Bilbao, Spain. Zorrozaurre is located on the right bank of the Estuary of Bilbao, which connects the river Nervión to the sea. The area is now a degraded space after decades of industrial activity that decayed in the 1980s. A plan has been approved to renew the neighbourhood ; British Iraqi architect Zaha Hadid will design the project. 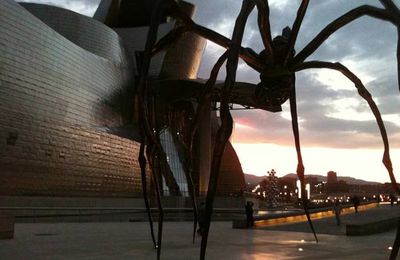 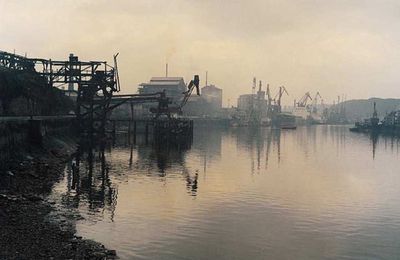